We Are Open & Offering Courses!

We are back open and offering the Working at Heights Recertification for anyone who might need it.

We are working on new courses and we have a Traffic Control course “coming soon”.  Keep an eye out! 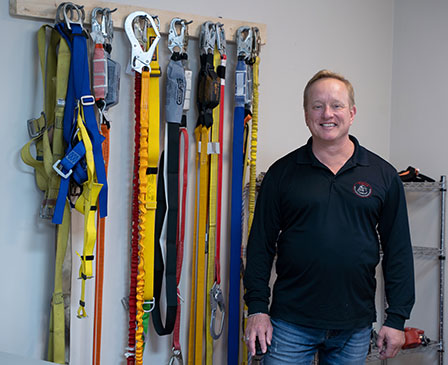 A Sarnia industrial safety training firm is changing hands at the end of the month.

Todd Konrad will be purchasing TGH Safety Consulting Inc. from its founder on July 1. Konrad, a managing partner, worked off and on over the past dozen years for founder Thomas G. Hennessey, who launched the business at the turn of the century.

The pair discussed the deal – and the transition – over the past few months.

“It’s something we talked about before and now Tom’s retiring,” Konrad, 55, said Monday. “It was just that time.”

The Sarnia-based company has grown to become a national entity, with contracts with major companies such as Imperial Oil, Kel-Gor and LamSar, Konrad said. It predominately works with petrochemical and construction companies, he said. It’s also been approved by the Ministry of Labour to conduct certain training, such as working at heights.

The Campbell Street training facility is also being expanded.

“(We’re) doing the renovations as we speak,” Konrad said.

But the name won’t be changing despite the upcoming transaction.

“We want to hang onto the Hennessey legacy and then just keep up with today’s trends,” he said. “We’re going to keep the TGH, just because it has such a legacy in town, but we’ll just change the slogan a little bit.”

The slogan is “Tough on Safety,” according to the company website. The new slogan will be: “Your Safety is Our Number One Priority,”Konrad said. The red lettering and the logo of a bulldog wearing a hard hat – inspired by Hennessey’s childhood nickname – will be unchanged, he said.

TGH has three full-time staff and about a dozen safety advisers brought in for certain projects, Konrad said. Business has slowed down during the COVID-19 global pandemic, but has been ramping up of late as restrictions ease.